How Does the Cyclone Work as a Solids Control Equipment 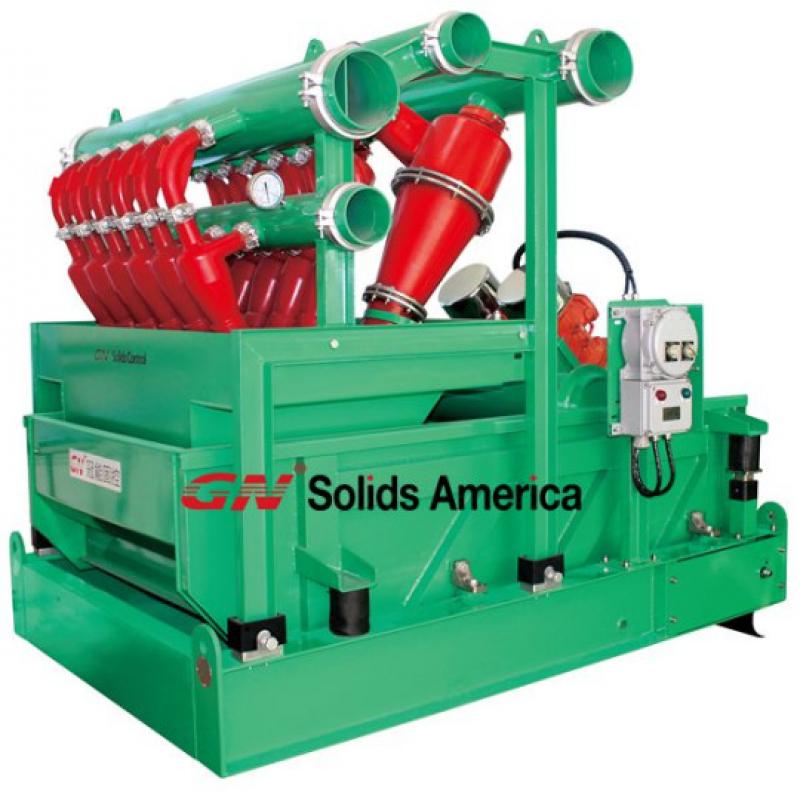 The persons who are in the drilling
industry may might not unfamiliar to the cyclone unit. The cyclone units always
get into to our view as a de-sander, de-silter or even mud cleaner equipment. These items belons to the solids
control equipment which is used to recycling the drilling mud to reduce the
drilling cost, and for some environmental friendly purpose.

Generally, the cyclone unit has 3 ports,
one is used for fluids fed in, and the rest 2 are separately used for liquid
overflow and solids discharging. The cyclone body was divided into straight
part and cone part. The fluids was pumped into the cyclone under the pressure
of 0.25-0.4 Mpa along with a tangent direction of the cyclone inner wall.
Rotating inside a cyclone at a very high speed, the solids and liquids would be
layered toward the cyclone wall with solids close to the wall and liquid in the
center.

So, how can the cyclone separate the solids
and liquids? At the bottom of the cyclone, there is a discharged port which is
a small hole. The high speed rotating layered solids would get down to the
discharge part and get out as a umbrella shape, high speed rotating makes the
centre of the discharge port a vacuum where the air can get into the cyclone.
Under the pressure of air, the liquid would overflow out from the outlet at the
top of the cyclone. Normally, the bottom discharged solids would have about
20-30 degree angle, much less or more would be treated as abnormal working
condition.

GN Solids Control always adopts the 10 inch
cyclone to be the de-sander cyclone which could
separate the solids with size large 45-70 microns. The 4 inch cyclone is used
as the de-silter to remove the solids larger than 15 microns. This cut point is
a very vague data. By compositing different size cyclone and under shaker unit,
GN
solids control could provide the de-sanding and de-silting unit for various kinds of drilling projects.