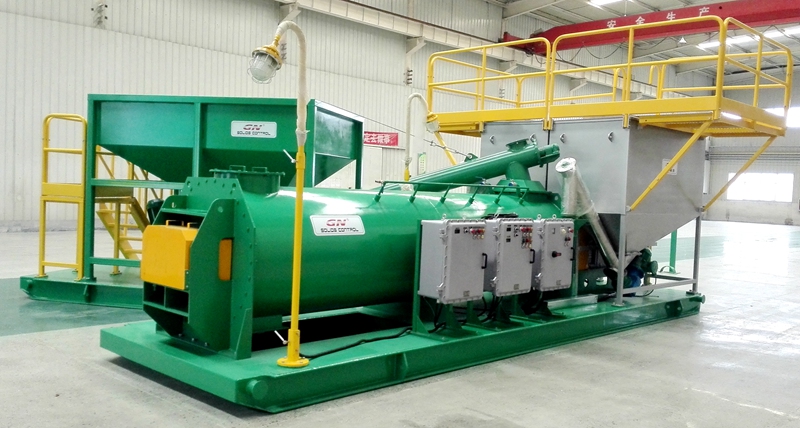 As the most well-known Chinese solids control brand, GN Solids Control has been working in oil and gas drilling industry for many years. GN clients are from more than 60 regions and countries including the extra hot places like the Middle East and Africa and extra cold places like Russia and Canada. GN’s main products including:

Those above mentioned equipment are mainly used for physical separation based on the solids particle size in the liquid. And the equipment are used for separate out the particles. And the barrier between them is not so clear. 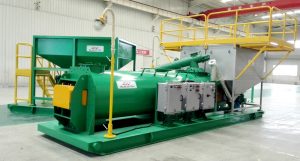 Like the high configuration mud plant, it plays some function for the solids control system. In order to reduce cost, some drilling companies don’t use decanter centrifuge in their solids control system, so when the old mud is transported and collected in a mud plant, the mud plant has to prepare a decanter centrifuge for further treating the mud. GN Solids Control produces the complete mud plant components including mud tanks, mud agitators, mud guns and mud mixing system And GNLW series decanter centrifuges are also GN’s core products. Even in some high configuration mud plants, clients use GN dewatering unit for separate the extra fine particles from the drilling mud.

GN mud plants are welcomed with clients. Some Chinese giant drilling companies are purchasing mud plants from GN, and GN mud plant carrying GN’s Logo are exported to many other countries in Europe, Africa, Australia and other places around the globe. 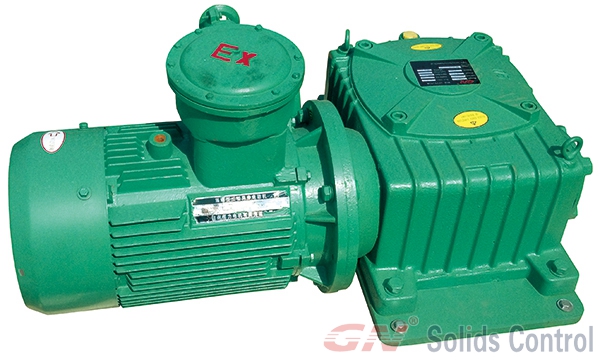 Mud Agitator is one of the solids control equipments that are mainly used for you to mixing the drilling body fluids in the mud tanks to hold the solids inside the drilling fluids suspending other than sedimentation down to the tank bottom level.
GN’s sales team ever gotten many inquiries on the mud agitators; unfortunately, most of the buyers have no idea on how to choose the right product suchs mud agitator, shale shker, mud cleaner, decanter centrifuge, etc. for their project and even seldom know how to use the equipment adequately to ensure a longer life time. GN’s sales are good at comprehension clients’ specific request simply by asking few simple concerns. With the answer from the buyers, GN always could provide the best proposal for clientele. Now let’s see precisely what these questions are and exactly information GN need to give you a proposal.
a. What is the on the inside dimension of the mud tank or pit. From this concern, GN will know the inside duration, width and depth in the mud tank, and then GN will know how long the agitator shaft should be suggested to get clients and how big impeller should be used. For the deeply mud tank or ditch, the stabilizer will be presented to hold the agitator length for stable performance.

c. What is the shape of the mud tank, cylinder or square? Then GN will know tips on how to design the mud agitator.
chemical. What is the electric specification, generally GN would like to know the work site electric voltage and occurrence. Different countries may have various frequency, the 50 Hertz motor cannot be used beneath 60 Hz, and protection is ever the first believe we should keep in mind.
d. Will be S. G. of the chemical? For very thick water, GN will propose greater horse power motor to drive the particular agitator.
For some clients who have get the mud agitators through GN and make the mud tank by themselves, GN often recommends them to make the mud tank with same way of measuring, thus they can get the agitator all same model, which will be much better for clients’ future maintenance. GN advise the RPM setting on the mud agitator between 40-96, too high will disturb the actual solids suspending, while lacking will lead to solids sedimentation.

GN solids control tell you what is a mud gun ? 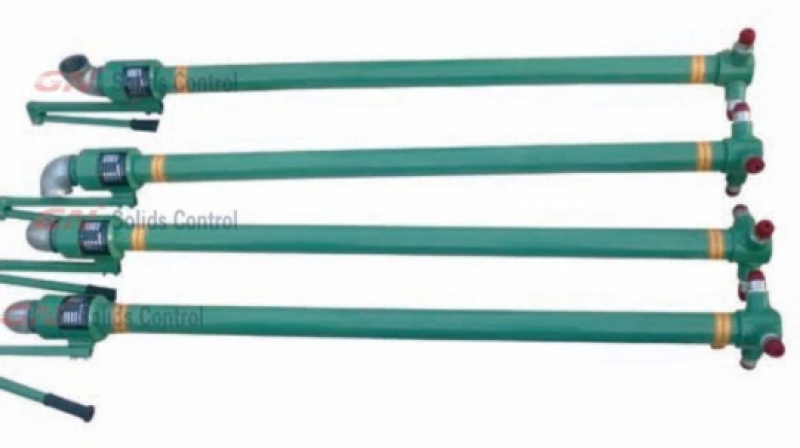 As a liading muaufacturer with regard to
drilling mud solids control & waste management devices such as mud gun,
straight cutting, screw conveyor, shale shaker, screw pump, mud cleaner,
oilfield shale shaker,
desander and desilter, machine degasser, decanter centrifuge, very poor boy
degasser, mud agitator,
mud tank, shear pump,
etc . Our own product served in around 60 countries, with organizations or
partner in Ough. S., Russia, Auatralia, Latina America and Middle Far east.
GN drilling fluid mud gun is a device familiar with agitate drilling mud with a
drilling rig. More of a nozzle than a gun, a mud gun is connected to a new pump
to circulate the going mud and prevent the solids from settling in the mud tank. also depending on
the quantity being used and the pit measurement. They are best used in tank
corners to keep solids through settling and a mud agitator is placed in the
tank heart.

GN premium quality mud gun is considered to be one of the longest prolonged on
the market today. Drilling mud can be a wet substance that is similar to a
thick clay and is also used to cool the exercise head and carry typically the
remnants of drilling for the surface in water properly drilling and oil as well
as gas drilling operations. GN mission mud gun is really a inexpensive solution
to a likely expensive problem. Mud is done by mixing water or even oil with a
clay-like ingredient that also contains several other chemicals into a big tank
called the mud tank on a drilling rig.
GN mud gun is a 360˚ rotating swivel body, plus the ability to be
customized to the length, flanged or threaded.
Replacement parts for GN mud guns can be ordered by GN Solids Control Company.,
Ltd. GN is a fprofessional solids control system manufactuer in china. Any
problem i highly recommend you contract us on the web:
http://gnsolidscontrol.co

Compared with drilling cuttings (discharged
from shale shaker), oil sludge much more difficult to be treated along with
recycled. To have better perception of oily sludge, we have to understand what
oily sludge is as well as where it is from. Could you get more info from a
search engine engine. And from under chapter, we can know how to cure the oily
sludge and results we can get after therapy.
GN Solids Control is definitely
China & USA primarily based leading manufacturer for soids control &
drilling waste materials management equipment. Studied in addition to China
Oilfield Service Minimal (short for COSL), GN Solids Control develop the very
first sets of Chemical boosting centrifuge system for slimy sludge treatment in
commencing of 2015, after work site test and application, the result is great. COSL repeat another 3 sets centrifuge system
obtain in past several months.

1) Chemical enhancing centrifuge technique configuration:
a. one pieces small mud
tank to help suspending the oily sludge before treatment. Mud Brawler
installed to get better performance
udemærket. Chemical enhancing system. The consumer can add chemicals from
benefit hopper. All the motor with Chemical enhancing system is managed by a
separate panel attached with the system
c. one value packs GNLW363CG-VFD
decanter centrifuge. This centrifuge speed can be easily tweaked by the
separate VFD cp and get stepless speed adjusting. The centrifuge can get to to
3200RPM, remove extra fine solids 2-5 microns. There is a catching tank under
the centrifuge to hold the fluids parts discharged from decanter centrifuge.
All the parts is created on a 11 meter more time oilfield skid, with moving
points for easier motion.
d. Screw conveyors is likewise necessary for the system, to shifting solids
discharge / with regard to other application.
GN solids Control offer 3 value packs 1000hp mud drilling process and 1 set
17-tanks liquid mud plant to be able to COSL in last
year. We all build strong relationship along with COSL and are registered
devices supplier for COSL, Cina largest offshore drilling builder. 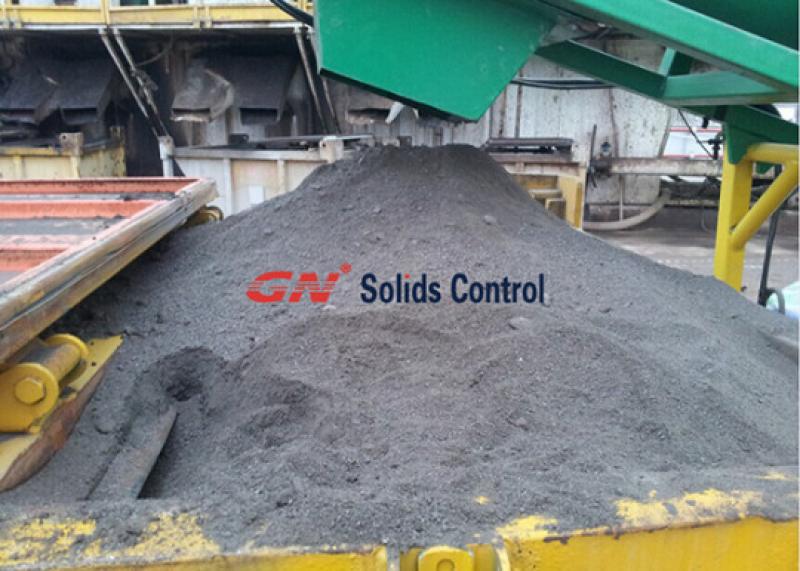 There are 2 main sources of drill solids
particles are the chemical additives and formal drilling cuttings, the drilling
cuttings are containments that degrade the performance of drilling mud. The
drilling particles will be ground into smaller and smaller and become more and
more difficult to remove from drilling mud if the drilling cuttings that not removed as per guide. Most of the
formal drill solids will be able to be removed by mechanical ways by drill
solids separate equipment and small drill particle will be very difficult to
remove and will have a great effect on drilling mud properties than the very
larger drill solids particles . The solids particle size in drilling mud
incorporated into drill mud will be range from 1 to 250 microns.

Drilling solids particles are the main contaminant
in the drilling mud, so the control of the importance of the good solids
control including increased the penetration rate and reduce mud cost, reduce
water requirement, reduce mixing problem, reduce differential striking, etc.
The drilling solids removal is important to keep drilling mud recycling and re-use.
The
main equipment for drill solids removal are shale shaker , desander, desilter, decanter centrifuge and there will be other
machine assistant to meet separation application including mud tank, centrifugal pump, valve and pipeline.